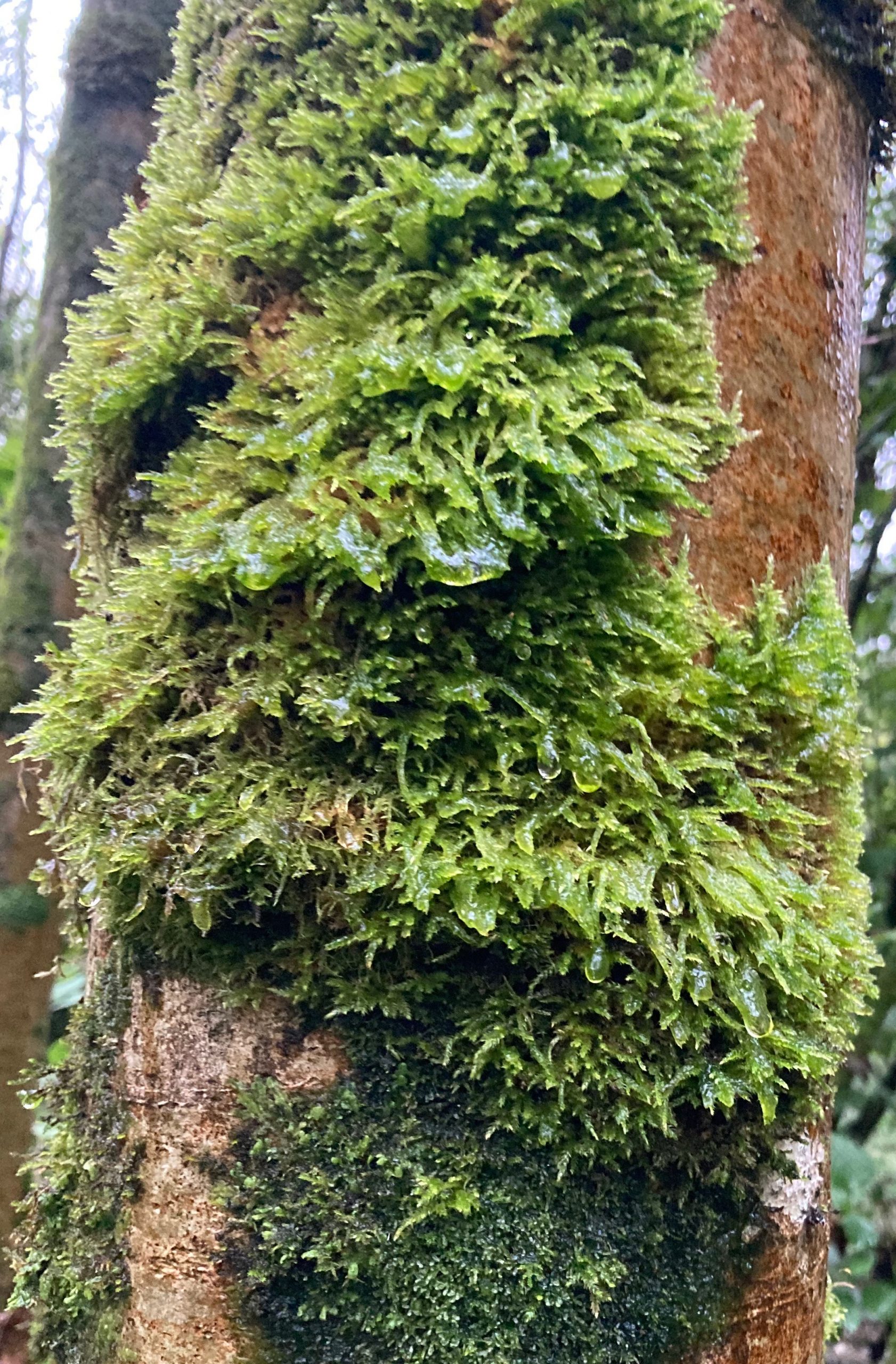 Reworked, revisited, reimagined Greek myths in contemporary fiction. Beneath each book description, a short description of the original myth on which the book is based. Where different versions of the same myth exist, I’ve selected one, and list the other(s) under ‘See Also’.

The novel which became movie Angel Heart staring Mickey Rourke. PI Harry Angel tries to resolve shocking crimes…only to discover it was him all along.

This pick is controversial in that, as far as I know, Hjortsberg didn’t intend to rewrite a myth. But, hey, this is my list, and I’m going to pick what I want.

MYTH: Oedipus, King of Thebes, unwittingly killed his father and married his mother.

SEE ALSO: Everything Under by Daisy Johnson.

Autobiography of Red by Anne Carson

Stunning prose poem and bildungsroman. Geryon, a young boy who is also a winged red monster, starts writing an autobiography at the age of five. In his teens, he falls for drifter, Herakles, and has his heart broken. Years later, Herakles reappears.

MYTH: Geryon, son of Chrysaor and Callirrhoe, the grandson of Medusa and the nephew of Pegasus, was a fearsome giant who dwelt on the island Erytheia.

The Harpy by Megan Hunter

The tug and pull of married life taken to extremes.

Lucy receives a call from a man claiming her husband, Jake, is having an affair with his wife. Confronted, Jake strikes a bargain with Lucy: she can hurt him three times in return.

MYTH: The harpies were part bird, part woman and personified the destructive winds.

Isma is free. After years of watching out for her younger siblings in the wake of their mother’s death, she’s accepted an invitation from a mentor in America that allows her to resume a dream long deferred. But she can’t stop worrying about Aneeka, her beautiful, headstrong sister back in London, or their brother, Parvaiz, who’s disappeared in pursuit of his own dream, to prove himself to the dark legacy of the jihadist father he never knew. When he resurfaces half a globe away, Isma’s worst fears are confirmed.

Then Eamonn enters the sisters’ lives. Son of a powerful political figure, he has his own birthright to live up to—or defy.

MYTH: Antigone, daughter of Oedipus and either his mother Jocasta or Euryganeia. She is a sister of Polynices, Eteocles, and Ismene.

SEE ALSO: Seamus Heaney’s The Burial at Thebes: A Version of Sophocles’ Antigone.

House of Names by Colm Tóibín

On the day of his daughter’s wedding, Agamemnon orders her sacrifice. His daughter is led to her death, and Agamemnon leads his army into battle, where he is rewarded with glorious victory.

Three years later, he returns home and his murderous action has set the entire family – mother, brother, sister – on a path of violence.

MYTH: The house of Atreus: Agamemnon and Clytemnestra, their son Orestes and daughters Iphigenia and Electra

A day in the life of Leopold Bloom.

Joyce employs a variety of writing styles as a means of elaborating the story. From stream-of-consciousness, to Irish vernacular, to faux-Shakespearean, to script, the style fits the content.

Why have I picked this novel over the many others inspired by Homer’s The Odyssey? Because it, in turn, has been the inspiration for other novels and in popular culture (Kate Bush adapts Molly Bloom’s soliloquy for The Sensual World (1989)).

The Minotaur takes a Cigarette Break by Steven Sherrill

Five thousand years out of the Labyrinth, the Minotaur finds himself in the American South, living in a trailer park and working as a line cook at a steakhouse. No longer a devourer of human flesh, the Minotaur is a socially inept, lonely creature with very human needs. But over a two-week period, as his life dissolves into chaos, this broken and alienated immortal awakens to the possibility for happiness and to the capacity for love.

MYTH: The minotaur, part man part bull, appears in the myth of Theseus and the Minotaur.

The Centaur by John Updike

In a small Pennsylvania town in the late 1940s, schoolteacher George Caldwell yearns to find some meaning in his life. Alone with his teenage son for three days in a blizzard, Caldwell sees his son grow and change as he himself begins to lose touch with his life. Interwoven with the myth of Chiron, the noblest centaur, and his own relationship to Prometheus.

MYTH: Chiron the Centaur, half man half horse, who relinquished his immortality in exchange for the freedom of Prometheus.

Two sisters, Anthea and Imogen, live in the small Scottish town in which they grew up, in a house left to them by eccentric grandparents who sailed to Europe on a whim and never returned.

MYTH: The myth of Iphis (in Ovid’s metamorphoses): raised as a boy to avoid her father’s wrath, Iphis falls in love with another girl. Her gender is changed by goddess Isis to enable the lovers to marry.

In the house of Helios, god of the sun and mightiest of the Titans, a daughter is born. But Circe is a strange child—not powerful, like her father, nor viciously alluring like her mother. Turning to the world of mortals for companionship, she discovers that she does possess power—the power of witchcraft, which can transform rivals into monsters and menace the gods themselves.

Threatened, Zeus banishes her to a deserted island, where she hones her occult craft, tames wild beasts and crosses paths with many of the most famous figures in all of mythology, including the Minotaur, Daedalus and his doomed son Icarus, the murderous Medea, and, of course, wily Odysseus.

MYTH: Circe the enchantress was daughter of the god Helios and either the Oceanid nymph Perse or the goddess Hecate. Appears in Homer’s Odyssey.

The Amber Fury by Natalie Haynes

Alex Morris has lost everything:her relationship, her career and her faith in the future. Moving to Edinburgh to escape her demons, Alex takes a job teaching at a Pupil Referral Unit. It’s a place for kids whose behaviour is so extreme that they cannot be taught in a normal classroom. Alex is fragile with grief and way out of her depth. Her fourth-year students are troubled and violent. In desperation to reach them, Alex turns to the stories she knows best. Greek tragedy isn’t the most obvious way to win over such damaged children, yet these tales of fate, family and vengeance speak directly to them. Enthralled by the bloodthirsty justice of the ancient world, the teenagers begin to weave the threads of their own tragedy – one that Alex watches, helpless to prevent.

The Red Word by Sara Henstra

A campus novel of torn allegiances, mythologies and rape culture.

Sophomore Karen moves in with battlethirsty feminist enclave Raghurst, while dating a member of Raghurst’s sworn enemy fraternity Gamma Beta Chi (aka Gang Bang Central). With a foot in each camp, Karen is never completely accepted by either. Instead, she views events through her photographer’s lens. What she sees she finds excuses for.

The women of Raghurst idolise their Women and Myth tutor Dr Sylvia Esterhazy. As Karen explores how myth shapes reality, she is drawn to the story of Helen of Troy, the archetype of a woman surviving in a patriarchal world.

Henstra’s characters are complex and flawed. Her elegant writing incorporates elements of Greek myth and Homeric language: Bruce Comfort, the GBC poster boy, is described as heavengoing and goldbright.

Disturbing and stunning in equal measure.

Greek myths have inspired many more titles than listed here. For further reading, I recommend the Canongate series The Myths.

These books are available from my associates page at Bookshop.org.