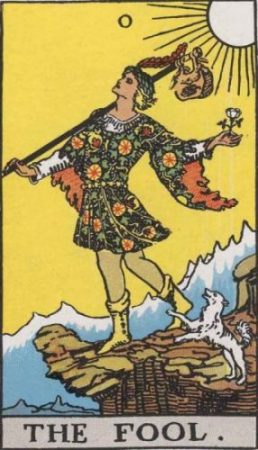 In Jungian psychology, the Trickster resides at the intersection of the subconscious and conscious. The archetype is essential for the individuation of a person, allowing the unconscious to rise to the surface, and the baser instincts to aspire to the divine. He is the collective unconscious that desires change.

The Trickster myth occurs widely across various cultures, in forms human and animal, including Hermes (Classical Greece), Eshu (Yoruba), Loki (Norse), The Monkey King (China), Coyote (indigenous N America), Ananse and Aunt Nancy (Ashanti) and Wakdjunkagla (Winnebago), Inanna (Sumeria), Matlacihuatl (Mexico). Most often male, he is creator and destroyer, go-between and messenger, the cunning fool, the taboo-breaker, questioning authority, mocking our folly and hypocrisy. As much deceitful, greedy and lustful, as friendly, helpful and with great powers of survival. He represents anarchy.

In mythology and literature, the Trickster is the prankster, the rule-breaker, the truth-teller and the wise-fool. He cuts the Hero down to size. As the comic sidekick, he strengthens common bonds between his readership.