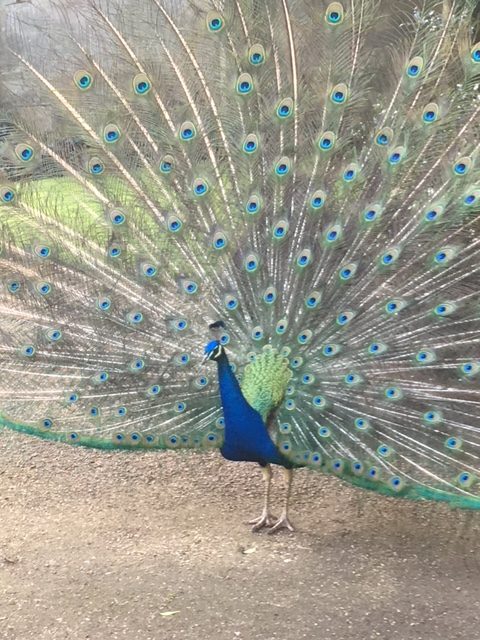 Zeus, father of the gods, transformed his love, Io, into a cow for fear of discovery by wife, Hera. She, knowing her husband well, saw through his ruse and begged Zeus for the cow, exclaiming how beautiful it was. Hera bade Argus of the hundred eyes to watch over the cow. Desperate, Zeus sent Hermes to outwit Argus, the watchman. Hermes, musician and storyteller, lulled Argus to sleep, slayed him and rescued Io. When Hera found Argus dead, she took his hundred eyes and set them in her peacock’s tail.

I was recently asked why I write in the mode of magic realism. At the time, I probably identified the characteristics of this form of writing (see here) and summarised by saying something ineffectual along the lines of ‘I write like this because that’s how it comes out.’

Having reflected further on the question, I’ll now attempt to explain what draws me to write in magic realism.

From as far back as I can remember, I’ve soaked up myths and fairy tales. I envied my eldest sister’s treasury of fairy tales, a collection from the Brothers Grimm and Hans Christian Andersen—continental European tales of woodlands, witches, humble men (such as the Brave Little Tailor) who best those in charge, and of damsels sleepwalking through life (Sleeping Beauty, Snow White, etc.) waiting for the handsome prince to rock up and make things happen.

My own, much treasured, book was Enid Blyton’s Tales of Long Ago, beautifully illustrated by Anne Grahame Johnstone and Janet Grahame Johnstone. This was my introduction to Greek myths and tales of Arabian Nights. These stories, so engaging, so human, worked their way into my Psyche (you know, she of the soul, who overcomes obstacles to be with her lover, Eros). They often involved metamorphosis and shapeshifting—whether intentional or imposed—as punishment, mastery of conflict, or developmental transformation.

Maintaining an interest in Classical mythology (see Robert Graves), I found Norse myths, and laughed in recognition—these myths said something to me.

British myths have a tradition of noble outlaws (Robin Hood), warrior kings (Arthur) and queens (Boudica), wizards (Merlin), and intertwine with nature. These are stories passed on to me orally and frame how I see the world.

The myths I read now have transmuted into a contemporary understanding: Neil Gaiman, Angela Carter, Sarah Maitland, Lucy Wood, Zoe Gilbert. They are humorous and bawdy and tragic, and they challenge existing beliefs and perspectives.

All myths tell us who we are and where we are in the world. In bringing myth into a contemporary setting, we can understand our purpose and place.

2.  Gives voice to the Ex-centric Position

Magic realism encapsulates issues relating to the disenfranchised or marginalised, and imbues such individuals or communities with the power to challenge the established order. In Beloved (1987), Toni Morrison addresses African-American slavery.

I believe this also applies to ecological (anthropocentric) issues, such as the divide between the human and non-human occupants of our world. In particular, I want to redress the marginalisation of plants in the Anthropocene era.

Language encodes the stories we live by. An author’s language choices define how the reader perceives the world. ‘The old story, the account of how the world came to be and how we fit into is, is no longer effective’ (Berry, 1998).

‘Stories are the secret reservoir of values: change the stories that individuals or nations live by and you change the individuals and nations themselves’ (Okri, 1996).

My aim with writing is to reframe plant life, using less anthropocentric metaphors and constructing broader ecological identities, where the reader is positioned as being part of the global community of the ecosystem, thereby promoting an appreciation of plants and conservation.

4.  Allows Freedom to Explore Issues that Only Appear in the Mind and Dreams

The author may delve deep into the subconscious and espouse either enchantment or temptation, fantasy or realism. In this way, it is possible to answer the Big Questions: Who are we? (Who am I?) Where do we fit within reality? How could we function differently?

A prime example of this element of magic realism is The White Hotel (1981) by D M Thomas in which an imagined patient of Sigmund Freud relates her fantasies.

Blyton, Enid, Tales of Long Ago

Crossley-Holland, Kevin, The Penguin Book of Norse Myths: Gods of the Vikings

Maitland, Sarah, Gossip from the Forest

Stibbe, Arran, Ecolinguistics: Language, Ecology & the Stories we Live By 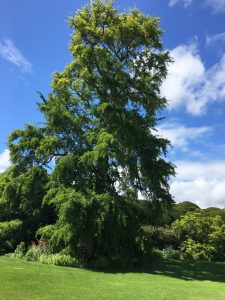 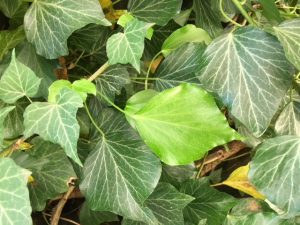