Haunting ménage à trois between a man, his wife and a fox, set in Heian-era (C9th) Japan.

Based on a traditional Japanese fairy tale.

Kaya no Yoshifuji fails to secure a position in the New Year appointments at court and returns with his perfect wife, Shikujo, and young son to their now-dilapidated country estate. The discovery of a family of foxes in residence draws out tensions within the marriage.

The young female fox, Kitsune, is fascinated by the humans and soon falls for Kaya no Yoshifuji.

The Fox Woman takes a while to get going. To an extent, this allows the reader to acclimatize to the culture and time in which the novel is set. It also establishes the existing problems within the marriage: much goes unsaid and/or misunderstood between Kaya no Yoshifuji and Shikujo.

The magic truly begins when Kitsune yearns to be human. Johnson’s writing is so vivid, the fox-magic comes alive, nowhere more so than when the reader sees the limits of the enchantment:

Mother had a flea; I saw fox-her lift a hind leg and scratch behind one ear, and, like a reflection on water over a passing fish, I saw woman-her raise one long hand and discreetly ease herself.

Johnson questions whether our truths are real, or only what we choose to believe?

There were times I felt he saw [beneath the magic] more clearly than any of us, but for some reason did not care.

And then, if our belief in ourselves and our world is a fabrication of our making, how much influence do we have over others?

Even through my disappointment, I felt myself smile. Perhaps only dogs truly came when called.

Of course, we re-fabricate ourselves all the time:

‘Real’? I watched you learn poetry for him, change your body for him. What was ‘real’ about that?” “I had to. I loved him!

Ultimately, is life a yearning for the impossible dream?

And there are times when I wish for the flawless Shikujo. This one, this real Shikujo, has a temper; her hurt over my time with my pretty fox wife lingers.

The Fox Woman is a worthy addition to the tradition of fox mythology – trickster, boundary-crosser, siren, most often female in the East and male in the West. Other, more recent, publications include Mr. Fox (my review here) and Fox. Author Dubravka Ugrešić discusses her book in the context of the myths of the fox on podcast Between the Covers (1 Oct 2018). 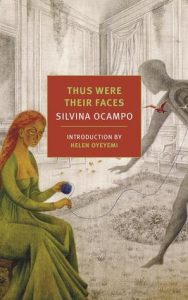