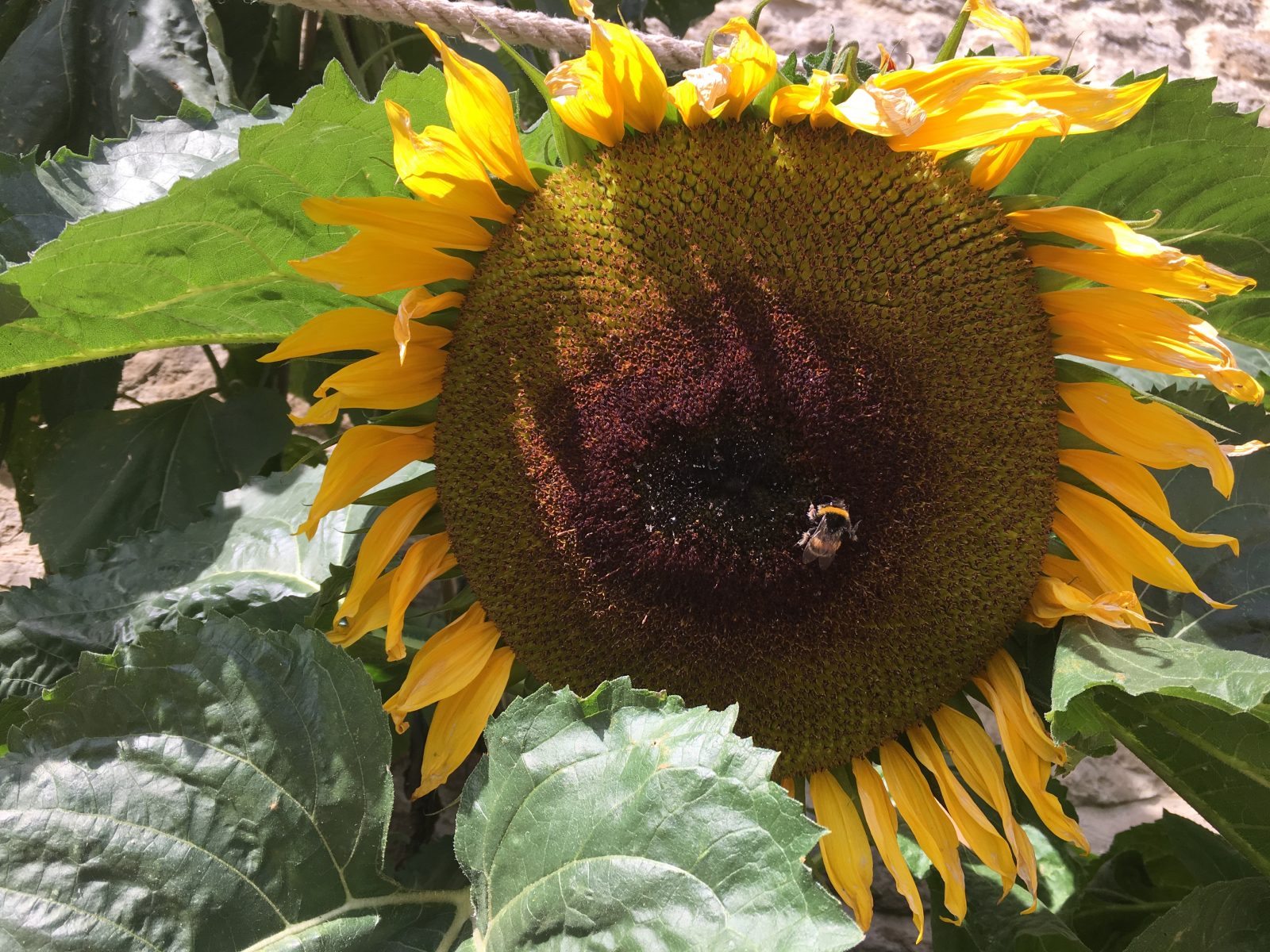 Clytie, the Sunflower Maiden: Clytie the water nymph would emerge from her pool every day to comb her golden hair and bathe in the warmth of the sun. One day, she caught sight of Apollo as he drove his chariot across the sky. Dazzled by his strength and beauty, she fell in love. For nine days and nine nights she waited for the sun-god in the hope he would notice her. But all in vain. Her feet became rooted to the spot, her arms turned to leaves and her face, haloed by golden hair, was a flower. Now the sunflower watches the sun as it travels across the sky.

For as long as I can remember, I’ve loved myths. My introduction was through an Enid Blyton (1965) book, Tales of Long Ago. Divided between Ancient Greek myths and the Arabian Nights, it brought to life the characters of Orpheus and Eurydice, Echo and Narcissus, Sinbad, Aladdin, and more. My original version was given away in my teens, but recently I’ve managed to get hold of a second (third?) hand copy. A different cover but, when I open this Pandora’s box, the illustrations are so familiar, and the stories are as though they belong to me.

The Greek gods acted on human instinct: jealousy, greed, pride, spite, lust, love, bravery, compassion. They gave us heroes such as Achilles, Jason and Perseus with character traits to which we could aspire. Female deities tended to fall into one of three archetypes: maiden, mother, crone. There was Athena, the ingenious warrior and virgin; Artemis, the untamed, virgin hunter often associated with the moon; Medusa, the beauty turned into a Gorgon as punishment for being ravished by Poseidon; and Demeter, Earth Mother and Corn Goddess, who, mourning the loss of daughter Persephone, becomes old and infertile for six months of the year.

Similar female archetypes can be found in the Bible stories. Mary, the saintly virgin; any number of godless temptresses, prominent among which were Eve, Delilah, Salome, Mary Magdalene; and the barren but godly crone, Elizabethwho bore John the Baptist in her advanced years.

Likewise, European fairy tales have characters we all recognise: Cinderella, Snow White, etc. as the Beautiful Princess; the Wicked Stepmother/Witch (crone) in Sleeping Beauty, Hansel and Gretel, Rapunzel; the Meddlesome Fairy as Tinkerbell, Cinderella’s fairy godmother; the Handsome Prince; the Fool in Jack and the Beanstalk.

From these brief examples, it’s clear archetypes and character roles have parallels in different stories. In a later post, I’ll explore this in more detail.

For more on this subject, check out: