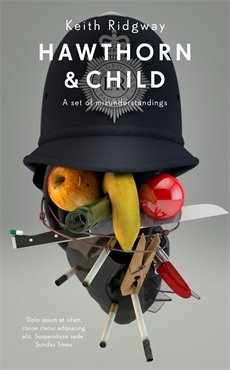 It all makes for bewildering reading. Why is Hawthorn so weepy? Is the company of wolves terrorising the capital real? Has the gangland boss committed any crime at all?

But Ridgway’s writing is astonishing:

I listen to the children shouting. Sheer bloody murder. They smell of plastic and nylon. They are smeared in orange and Coke and crisp dust and stinking deodorants.

At heart, Hawthorn and Child speaks of our incomplete knowledge of each other: pieces are elusive, no matter how well we think we know a person.

Obliquely, it also comments on the reader-writer relationship:

[R]eally good artists had lots of empty in their paintings or whatever they did. They left everything out, or most things anyway, but suggested something, so that she could take her own things into the painting.